Can Saunas Only Benefit Physical Health?

Saunas are frequently lauded for their numerous physical recovery benefits, but they are also extremely beneficial for one's mental health and wellness. In fact, recent research on the subject has suggested that regular sauna use has many psychological benefits, clearly indicating the role it can play in the improvement of mental health and well-being.

With that in mind, the following sections will explore the primary benefits of regular sauna use for one's mental health. Because mental health issues are so prevalent in today's society, the use case for saunas couldn't be timelier.

The Top Advantages of Regular Sauna Use

While benefits can be felt after just one sauna session, they are often fleeting and transient. Instead, regular and consistent sauna use is required to truly experience its many health benefits, both mental and physical.

With that said, here are some of the top mental benefits of regular sauna use; these benefits are relevant for both those suffering from mental health issues and those who appear to be mentally and physically healthy.

The feeling of euphoria after just one sauna session is frequently reported anecdotally, and research on the subject suggests that it is true.

This is due, in large part, to the brain's reaction to an apparently stressful environment. To combat such temporary stress, the brain releases euphoric hormones such as norepinephrine, which has an antidepressant effect. The end result? Immediate mood improvement following a sauna session.

Regardless of the science behind hormonal release, mood enhancements may also be associated with the sheer sense of accomplishment that one feels after enduring the strenuous environment of a typical sauna session.

Along with the numerous mental health benefits associated with sauna use, such as stress relief and mood enhancements, the promotion of relaxation is a primary reason many people seek out saunas in their daily lives.

Not only does it provide a form of isolation or a break from the outside world, but it also causes several internal systems to relax, which is extremely beneficial for those who live stressful lives.

Aside from its ability to cause the release of euphoric hormones, sauna use has also been shown to lower cortisol levels, which is a stress hormone. For obvious and obvious reasons, this demonstrates the benefit in both reducing stress and relieving anxiety symptoms.

Finally, we'd be remiss if we didn't mention endorphins, which are pain-relieving compounds in the body that have been linked to physical and mental recovery, mood enhancement, and stress relief, among other things.

Saunas use unequivocally reduces depressive symptoms, as evidenced by both research and anecdotal evidence, whether due to hormonal releases such as norepinephrine and dopamine, reduced cortisol levels, endorphin production, or general alone time away from the noises of the day.

No matter the reason, owning a sauna will be both beneficial for your mind and body. Giving your body the reset that it needs, it is hard to see why doesn’t everyone own one. Providing the best saunas and deals in the market please feel free to shop our variety of saunas here at Primefair. Let customers speak for us

These reviews look to be fake and make up by imaginary people..

Please accept my sincere apologies for the lengthy delay in my rating. I guess you could say I'm a little busy right now. Thank you so much for your effort. I really appreciate it. Share this First Team FT232 Glass Basketball Backboard to continue motivating others. It is of high quality but is also reasonably priced. Happy earning and may God bless you!

a five-star rating. I've tried a lot of other brands, but this shop has wonderful stuff at incredibly low prices.

Happy with my order 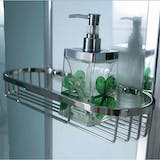 The product I ordered is of excellent quality, and it also performs well in terms of sustainability and durability. It arrived securely fastened. More sales will follow.